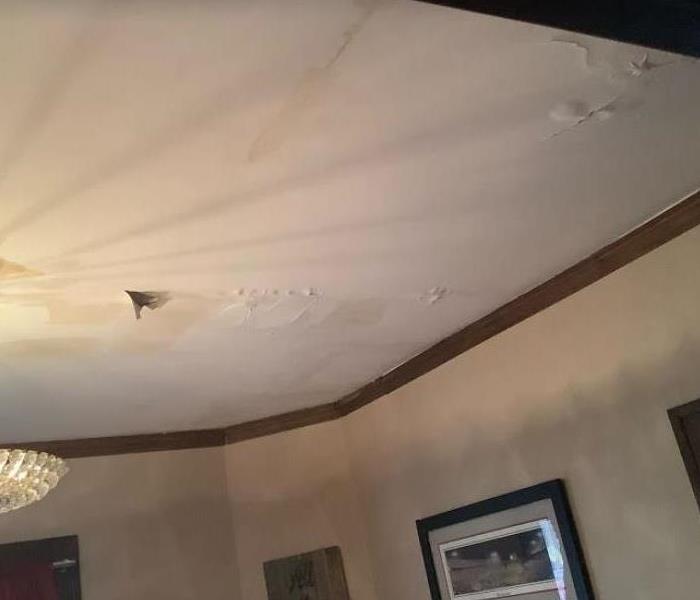 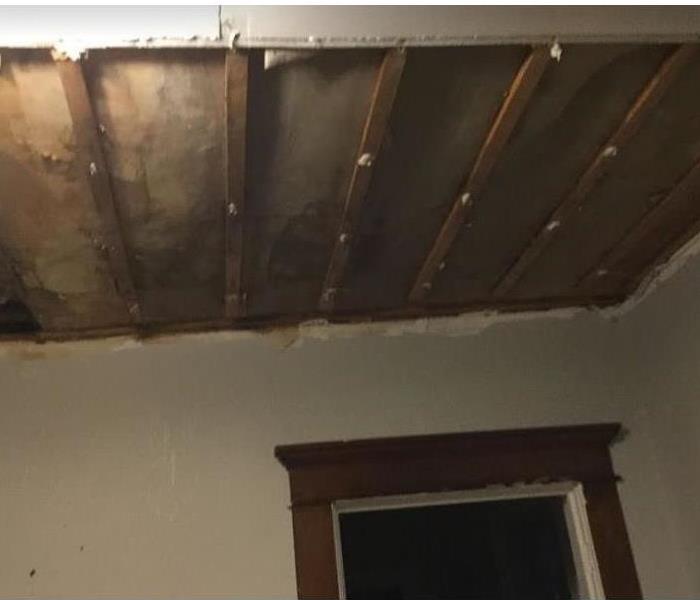 Our SERVPRO of Northwest Columbus Team was called out to this local Columbus home to access the water damage caused by a toilet overflow on the second floor of this home. As you can see in the picture on the top left, there were multiple water stains on the ceiling. The ceiling wasn't the only area affected from the toilet overflow. The hardwood floors were also affected and had to be removed.

Due to the extensive water damage on the ceiling, it had to be removed as you can see in the picture on the top right. Once the affected ceiling was removed, equipment was set to dry out the structure.

These homeowners were so grateful at how quickly our SERVPRO Team arrived on site and got the job done!