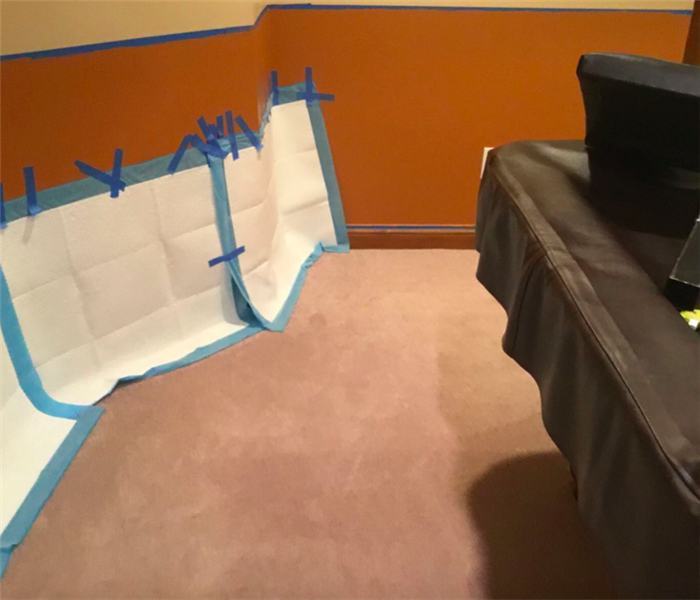 SERVPRO of Northwest Columbus was called out to perform emergency services due to a sump pump failure. It was hard for the homeowner to properly identify where exactly the water had affected her basement. Thankfully for our customers, we have a moisture meter to quickly identify where the water affected. Once our mitigation team was able to identify the affected area, we removed the carpet pad and detached the baseboards. Equipment was then set and monitored over the course of a week. Once the affected area in the basement was dry, we were able to remove the equipment.

These homeowners were so happy with how quickly we responded to their water loss.